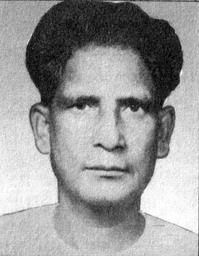 He quit his job as editor of `Meezan’, a Telugu daily published from Hyderabad, when he found that the management was in sympathy with the Razakar Movement. (The Razakars used to publicly dishonour Hindu women in Telangana during the 1940s). That was Adivi Bapi Raju, a multi-faceted personality who moulded the careers of students, artists and journalists besides becoming the role model for art directors in films. Bapiraju not only established for himself a supreme place as an artist, poet, novelist, playwright, author of short stories and articles, expositor of dance, journalist, orator and patriot, but also endeared himself to one and all by his comely personality, noble nature, affable manners and simple living. His life was a dedication to the arts and literature and it was a fountain of inspiration and help to those in need.

He is renowned for his paintings, some of which adorn the homes of his fans in different parts of India as also the world.

Adivi Bapiraju was born on 8th October, 1895 in Saripalli, a village near his native town, Bhimavaram, West Godavari District. Soon after he graduated in Arts College, Rajahmundry, he joined the Non-cooperation Movement of 1920 at Bhimavaram reputed to be the second Bardoli and was sentenced to one year rigorous imprisonment. On release, he studied and mastered art in Andhra Jateeya Kalasala, Masulipatam, under the great artist from Bengal, Pramod Kumar Chatterjee. Then he graduated in law from the madras law College. After practising as a lawyer for some time in Bhimavaram, he took over the Principalship of Andhra Jateeya Kalasala, Masulipatam. He was the editor of the Telugu Edition of Meezan – an Urdu daily – from Hyderabad. Earlier he was the Associate Editor of Triveni, a cultural English monthly, then published from Masulipatam.

The then Principal of the Arts College, Rajahmundry OJ Couldrey, himself a poet and an artist, recognized the young poet and artist in his pupil, Bapiraju, and laid the foundation for his great future. Bapiraju’s paintings, in water colour, are many. His sketches and line drawings are numerous. He could just pick up the fountain pen and straightaway draw the sketch of Mahatma Gandhi or a friend from memory or anybody sitting opposite. His papers contain many pen sketches of this type. For some time he stuck to the Bengal school which he studied under Pramod Kumar Chatterjee. Later, the ancient Indian culture as immortalised in the caves of Ajanta and Ellora strongly influenced him. Eventually he successfully synthesised and blended the principal strains of these two schools of ancient Indian painting and developed beautiful new technique of the ‘Andhra school’. The pictures painted in this technique mirror at once his fertile imagination and the vast knowledge he had acquired from books. Outstanding examples of paintings in this technique are ‘Sabda Brahma’, now adorning some happy art academy in Denmark, ‘Bhagavata Purusha’ which is in an art academy in Travancore, and ‘Surya Deva’, now in Cooch Behar. His ‘Samudragupta’ and ‘Radha Krishna’ which are owned respectively by Sir Alladi Krishnaswamy and Sri Bezawada Gopala Reddy are of the same category as also in ‘Tikkana Somayaji’ which was awarded a first prize by the Andhra University. The Government of the composite State of Madras at the instance of Bezawada Gopal Reddy deputed him to Ceylon to copy the frescoes in the cave temples of Sigiriya. He did the work with consummate ability and unrivalled skill. The copies are today in the Government Museum, Madras.

Bapiraju’s social novels are rich in ‘local colour’ and the ‘action’ in them is laid in quite natural surroundings. The rendering of environment and atmosphere or customs and manners as they obtain in Andhra, is well designed and systematic. These novels contain a measure of self-revelation and tell a good deal about him, his views on arts, culture and politics, and his outlook on life. His novel – Narayanarao – was awarded the first prize for the best fiction by the Andhra University. His other social novels are Konangi, Toopan and Jaji Malli. The novel Madhuravani remained unfinished. Some books entertain, others instruct and still others elevate our nature. His works come under the last category, as they deserve to be read, re-read and digest. Some of his stories and poems were translated into Kannada by Masti Venkatesa Iyengar, winner of the Jnanapith Award. Some of his works were also translated into Russian.

In his historical novels (four in all: Hima Bindu, Gona Gannareddi, Adivi Shanti Shree and Amsumati), Bapiraju has to his credit the unique achievement of translating the descriptive and allusive touches in history into visual realities. The sources for these novels were instructive travels to places of historical interest, intimate association with research scholars, an all embracing sympathy and powerful imagination which enabled him to realise and blend into a vivid whole a variety of information gathered from books and ancient engravings on stone and copper. He was truly the master of short story in Telugu. Some of his short stories are published in collections under the titles – Anjali, Tarangini and Ragamalika. ‘Veena’, ‘Tirupati-Konda Mettu,’ ‘Sasibala’ and ‘Bhogeeraloya’ are easily the best among his short stories. Bapiraju has been rightly acclaimed as the greatest poet the Andhra can proudly boast of in recent times. He carried on research in the folk songs of Andhra and made a critical and comparative study of them with those of the other parts of India and Java. Incidentally, he studied the science of music.

His poems and songs are literally numerous, rich in colour and variety of theme. Some of his more popular songs like Himalaya-thunga Sringam, written on Mahatma Gandhi; Uppongi-poyindi Godavari, written on the great floods in Godavari river; and Lepakshi Basavaiah Lechi Raavayya, written on the ‘Holy Bull’ in the Lepakshi temple are sung from the Madras, Vijayawada and Hyderabad stations of All India Radio. Some of these are published in collections under the titles – Tolakari, Haarati, Godhuli and Sasikala. He also penned songs for light music programmes some of which were melodiously rendered by the legendary singer, Ghantasala Venkateswara Rao. These songs, which used to be broadcast repeatedly over All India Radio, popularised him among the masses.

Bapiraju has produced plays suitable for broadcasting. His radio plays have held listeners spellbound; the climax in most of them is overwhelming. His stage sense is supreme. Of his radio plays, the best known are Narayana Rao, Sailabala, Ushasundari, Bhogiraloya, Kritisamarpana, Andhra Samrajni, Dukkiteddulu, Eruvaka and Navodayam.

The title ‘Kulapati’ was formally conferred on him at Masulipatam [Machilipatnam] in a representative ‘Sabha’ [Assembly] of learned men convened for the purpose.

He was an Advisor to the Vijayawada Station of All India Radio and a member of many literary and cultural organizations. He was an engaging conversationalist. He talked to children like a child and to adults like an adult. He was genial and gentle to all and loved by all. His hobbies were palmistry, astrology and reading He could read even the worst ‘Wild West’ story with pleasure and praise its author for a single bright idea or a fine expression that may have accidentally strayed into it. Such was his generous spirit in recognising the worth of others.

Paying tribute to Bapi Raju, who passéd away on September 22, 1952, the noted poet, Viswanadha Satyanarayana, had once remarked, “A line drawn by him becomes a painting and the words spoken by him turn into songs.” He joined in himself the vision of a poet, the voice of a singer and the pen of a writer. He succeeded in blending art with life, pleasure with intelligence, beauty with morality and ecstacy with divinity and showed that art enables us to lead an orderly and integrated life of joy and beauty. 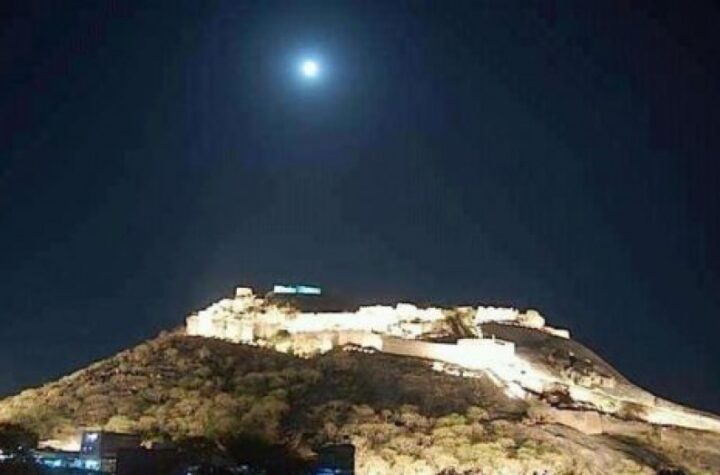 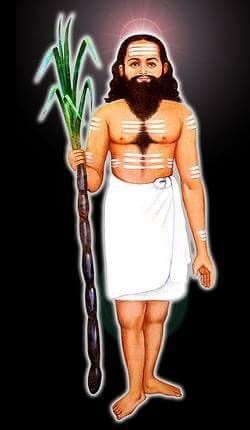 SAINT PATTINATHAR – WHOSE LIFE MESSAGE WAS TO BE FREE FROM ATTACHMENTS

S.SATYAMURTI – A BORN FREEDOM-FIGHTER WITH HIGH LEVEL OF COURAGE AND ARTICLE OF FAITH