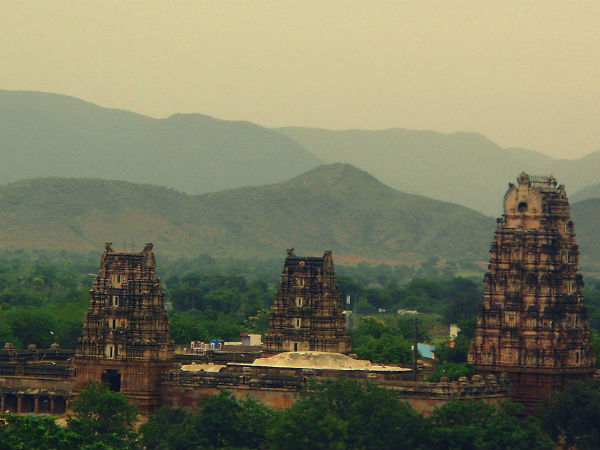 Kodandarama Temple is a temple dedicated to the Sri Rama, located in Ontimitta (Vontimitta) town in Rajampet taluk of Kadapa District in Andhra Pradesh. The earliest parts of the temple are dated to the reign of the later Cholas. Much addition was done during the Vijayanagara reign and the temple stands as an example of the vigorous Vijayanagara architectural style.  It is the largest temple in the region. It is located at a distance of 25 kilometres (16 mi) from Kadapa and is close to Rajampet. The temple and its adjoining buildings are protected monuments of national importance.

The temple was built by Vontudu and Mittudu, who were robbers-turned-devotees of Rama. After building the temple, they are said to have turned into stone. The temple is also called Ekasila because it houses a statue of Sri Rama, Sita Devi and Lakshmana in a single block of rock.

Festivals at the temple

Personalities and legends associated with the region and the temple

According to the sthalapuranam, the temple was built by Vontudu and Mittudu, who were robbers-turned-devotees of Rama. After building the temple, they attained mukti and remained permanently as Rama’s devotees in the form of stone.
Bammera Potana who lived in Vontimitta wrote his magnum opus Maha Bhagavatham in Telugu language and dedicated it to Rama. Vavilakolanu Subba Rao, known as ‘Andhra Valmiki’ for translating Valmiki’s Ramayana.

The saint poet Annamacharya is said to have visited the temple and composed kirtans in praise of Rama.
Annamaya’s native village, Tallapaka is 15 KM from this Temple .

Many famous poets and writers in the Telugu language are from this district.

History of the temple

In the combined state of Andhra Pradesh, Bhadrachalam used to be the location for the official celebrations of Sri Ramanavami in the state. The state was bifurcated in 2014. During the division of the state, Bhadrachalam remained in Telangana and the remaining part of Andhra Pradesh state started Ramanavami celebrations at Ontimitta temple in Kadapa district. This was the immediate cause of the prominence of the temple. The town and temple can be approached easily either by air, rail or road.

Important historical elements of the temple

Ontimitta town has an ancient and well known Rama temple. This temple is called the Kodanda Rama Swamy temple. This is among the most famous temples of the district. This temple is at a distance of 25 kilometers from Kadapa town on the Rajampet highway, and at a distance of 115 kilometers from Tirupati. The temple is specially famous for its spiritual energy. The other name for the town, Ekasila nagaram, derives from this temple. And now this town has become known as Andhra Bhadrachalam.

The Gopuram of the temple is a distinctively Chola style structure. gifts of silk and pearls are made by the government to the temple for Sri Ramanavami. Ramanavami is also the occassion for extensive celebrations at the temple.

The deities at the temple have been installed by Jambavan, a devotee and general of Sri Rama’s army. The peculiarity of the temple is that Sri Rama, Seeta Devi and Lakshmana are all included in a single block of stone. The deities are therefore identified by this unique sculptural element.  It is the normal custom for the three deities to be made of separate pieces. And hence the town itself is called Ekasila nagaram. Another significant element is that Hanuman is not included among the deities. This too is a unique case.

The Ramayana reports that Sri Rama visited this area during his aranya vasa. On a certain day Seeta Devi was very thirsty. Sri Rama shot an arrow into the ground and drew Ganga from the Patala. The Itihasas report this event. This stream that emerged from the ground is today called Rama Teertham.

The Gopuras of the temple

The temple has three main Gopuras forming the entrance to the temple. There is a vast inner yard that lies within these entrances. The Mukhadwaram is 160 feet tall. The Ranga mantapam is enclosed by 32 ornately sculptured stone pillars. These pillars are made in the Vijayanagara style whereas the Gopuras are made in the Chola style.

The pillars in the temple have sculptures depicting tales from the Ramayana, the Mahabharata and the Dasavataras. It has a depiction of the Vatapatra Swami. A scene where Hanuman participates in the construction of the bridge to Lanka. The delivering of Sri Rama’s ring to Seeta Devi. Sri Krishna’s dance on Kaliya’s hoods, the killing of Putana and many others.

Vavilikolanu Subba Rao regarded as the Valmiki of Andhra produced a Telugu version of the Ramayana from its Sanskrit source at this temple.

The Cholas, the Vijayanagara kings and the Matli kings all left their contributions to the temple.

Imam Beg was a representative of the governor of Kadapa, Abdul Nabi Khan, who ruled the area around 1640. Imam Beg directy experienced the spiritual power in the temple and developed a deep devotion for Sri Rama. He had a well dug for the temple. This well is called the Imam Beg Bavi (well).

Many extraordinary experiences and visions have been reported at this temple for many centuries. Recent reports are those by Andhra Valmiki, Vavilikolanu Subba Rao. He saw visions of Vairagis adoring Sri Rama. Of Potana breaking his writing of the Bhagavatam for inspiration, and Sri Rama completing the verse, Sri Rama responding to Imam Beg’s call, Sri Rama’s garland transporting itself to reach Obanna, another devotee of Sri Rama.

Many great devotees of Sri Rama have gained Mukti at this temple. To name some, Ayyala Raju Tippa Raju, Ayyala Raju Ramabhadrudu, Bammera Potana, Tallapaka Annamacharya, Sri Potuluri Veerabrahmendra Swamy, Uppugunduru Venkatakavi, and ofcourse above all Ontudu and Mittudu the devotees that first built the temple. 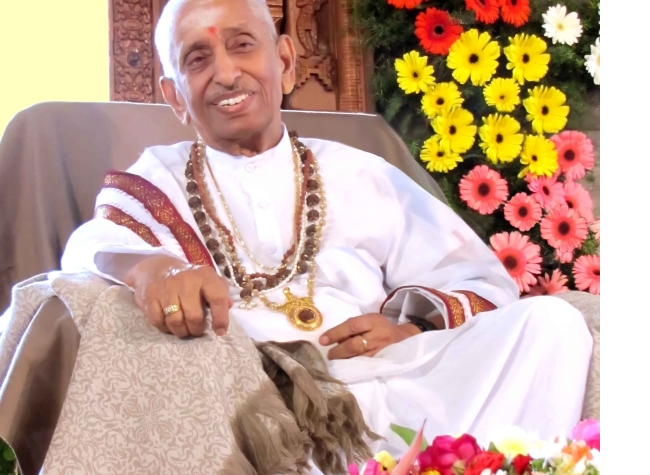 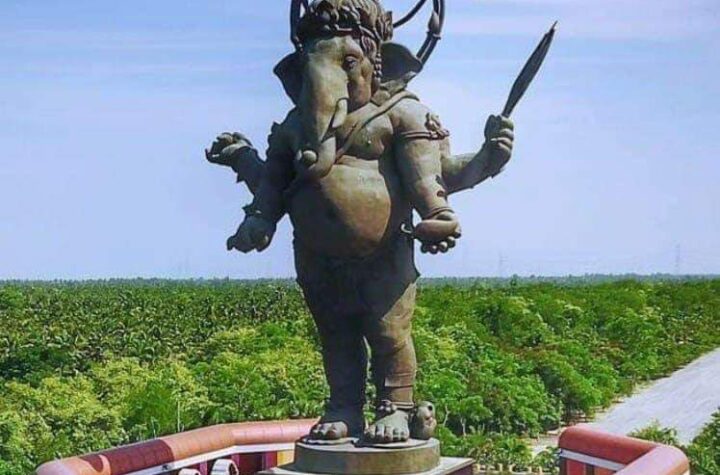 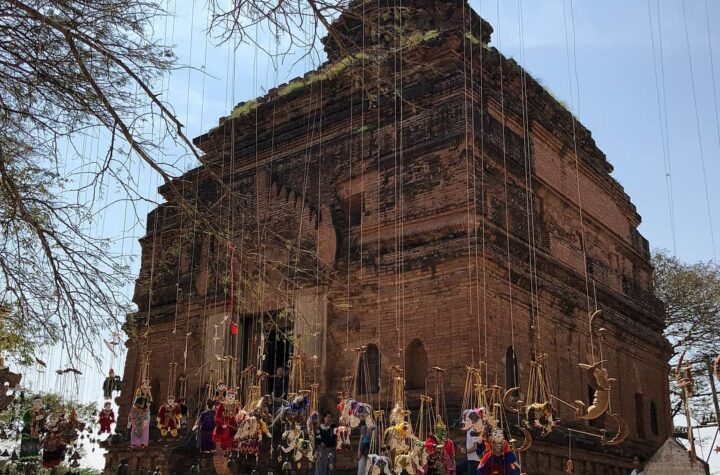