The Khilafat Movement (1919-1924) was a scripturally ordained movement with a history in India that dates from the time when the first Islamic invader set foot on Indian soil. In modern times, the fixation for the Turkish Ottoman Khalifa amongst Sufis, ulama, middle-class Muslim intelligentsia, Muslim press and common Muslims started at least since the 1830s. The ideological underpinnings of the Khilafat Movement were established over the previous 100 years. The 1857 Uprising was a significant eruption of Islamism, but even so, its ideological foundations were laid down in the eighteenth century. While the 1857 Uprising has been hailed as a War of Independence against the British, what needs to be answered is: Who was to rule India once the War of Independence was won from the British? To the Muslims, the answer was obvious. The British rule was Dar-ul-Harb (lit. abode of war; territory where Islam is not predominant), an irritating interlude in the Dar-ul-Islam (lit. abode of Islam; territory where Islam is predominant) that was Islamic rule which spanned a millennium. Nothing but its restoration could satisfy the Muslims.

The jihadist character of the 1857 Uprising and its connection with the Khilafat Movement has been summed up by Dr. Babasaheb Ambedkar thus: “The curious may examine the history of the Mutiny of 1857; and if he does, he will find that, in part, at any rate, it was really a Jihad proclaimed by the Muslims against the British, and that the Mutiny so far as the Muslims were concerned was a recrudescence of revolt which had been fostered by Sayyed Ahmad who preached to the Musalmans for several decades that owing to the occupation of India by the British the country had become a Dar-ul-Harb. The Mutiny was an attempt by the Muslims to reconvert India into a Dar-ul-lslam. A more recent instance was the invasion of India by Afghanistan in 1919. It was engineered by the Musalmans of India who, led by the Khilafatists’ antipathy to the British Government, sought the assistance of Afghanistan to emancipate India”(Pakistan or the Partition of India, B.R. Ambedkar, Thacker and Company Limited, 1945, pp. 288).

As dusk fell on Islamic rule in India, the one man who fanned pan-Islamism was Shah Waliullah (1703-62). He reiterated the doctrine of an elective Khilafat and lay special emphasis on the duty of jihad or holy war against the infidel. His works prepared a whole generation of Islamic scholars in the nineteenth century to defend Islam in India in a situation where Muslims were losing the physical power to do so. He suggested that the less they shared with their non-Muslim neighbours, the better servants of God Indian Muslims would be (The Muslims of British India, P. Hardy, Cambridge University Press, 1972, pp.29, 30). It cannot be overemphasized that in taking the help of their Hindu neighbours, whether in the 1857 Uprising or in the Khilafat Movement, the Muslim leadership was guided by compulsion and not conviction.

The other pioneer of pan-Islamism was Saiyid Ahmad Barelvi (1786-1831), an ex-Pindari freebooter who received the graces of various Sufi orders. He launched a jihad against Maharaja Ranjit Singh in 1826. In January 1827, he was declared imam (Supreme Leader) and ba’iya (oath of allegiance, a practice started by Prophet Muhammad) was offered to him. He condemned pilgrimage to Hindu holy places, participation in Hindu holy festivals, consulting Brahmans and consulting astrologers and fortune-tellers. The British correctly gauged that his followers intended the eventual overthrow of British rule (Hardy, ibid, pp. 53-54).

An essential ingredient of pan-Islamism is the exclusion of non-Muslims or their influence on Muslims.  Contemporary with Saiyid Ahmad Barelvi, arose Hajji Shariat-Allah (1781-1840) who started the Faraizi movement in Bengal in 1821. The movement took its name from its emphasis on Quranic duties (faraiz). Rejection of kufr (infidelity) and bida’a (innovation) were among its cardinal principles. His son Dudu Miyan (1819-1862) organized a militant brotherhood of faraizis. Another violent Islamic revivalist movement in Bengal was led by Titu Mir (1782-1831) who enjoined his followers to grow beards and tie their dhotis in a distinctive fashion. The movement was put down by the British by sending native infantry (Hardy, ibid, pp.55-59). All these pan-Islamic or fundamentalist movements sought to purge Indian Muslims of their pre-Islamic Hindu practices that had survived despite centuries of forced conversion.

The British, for their part, had come to realize that the Muslims were a fanatical and irreconcilable community. The strain between the British and the Wahabi Muslims had begun in 1838 when the First Afghan War between the British East India Company and the Emirate of Afghanistan broke out. Not only were the Wahabis encamping in the north-west found to be fighting on the Afghan side, but they were also accused of  subverting the loyalty of some sepoys serving there (The Wahabis in the 1857 Revolt: A Brief Re-appraisal of their role, IqtidarAlam Khan, Social Scientist, Vol. 41, May-June 2013, p.17)

The differing views of Hindus, Muslims and the British vis-a-vis the 1857 Uprising are summarized by historian Thomas Metcalf thus, “The first sparks of disaffection it was generally agreed, were kindled among the Hindu sepoys who feared an attack upon their caste. But the Muslims then fanned the flames of discontent and placed themselves at the head of the movement, for they saw in these religious grievances the stepping stone to political power. In the British view, it was Muslim intrigue and Muslim leadership that converted a Sepoy Mutiny into a political conspiracy, aimed at the extinction of the British Raj” (The Aftermath of Revolt: India 1857-1870, Princeton, 1965, p 298).

The outbreak of revolts in May-June 1857, by units of the Bengal Army stationed at different places in the Uttar Pradesh and Delhi were accompanied by armed jihadis who were drawn from the Muslim population of the towns. In some cases, as in case of the Gwalior contingent, the leaders were Muslim sepoys. In Allahabad, Lucknow and Gwalior, the leaders of armed jihadis were not Wahabis but in fact Sufis. Some Wahabi leaders were hesitant in joining the 1857 Jihad because they were not convinced of the doctrinal validity of engaging the English in an armed conflict where Hindu chiefs and leaders of sepoys would be their allies and not clients (IqtidarAlam Khan, ibid, pp.18, 19).

After the fall of Delhi to the mutineers, on 11 May 1857, the nominal Mughal Emperor Bahadur Shah Zafar appointed Bakht Khan (d.1859) as Commander-in-Chief of the rebel forces. Bakht Khan had arrived in Delhi with 100 jihadis. Bakht Khan was the patron of the Ruhela Afghans who had arrived in Delhi from Hansi, Hissar, Bhopal and Tonk under their Amir-ul-Mujahidin Maulana Sarfraz Ali (Bakht Khan: A leading Sepoy General of 1857, Iqbal Hussain, Proceedings of the Indian History Congress, Vol. 46, 1985, pp. 376). That the Muslims had no illusions of Hindu-Muslim unity is evident from Maulvi Mohammad Said’s representation to the Emperor Bahadur Shah Zafar on 20 May, 1857 that the “standard of Holy War had been erected for the purpose of inflaming the minds of the Mahomedans against the Hindus.” In a letter dated 14 June 1857, Major General T. Reed writing from his camp in Delhi to Lawrence, the Chief Commissioner of Punjab says, “They are displaying the green flag in the city and bullying the Hindus.” In Varanasi, the official report dated 4 June 1857 stated that “news was received that some Mussulmans had determined to raise the Green Flag in the temple of Bishessur” (The Sepoy Mutiny and the Revolt of 1857, R.C. Majumdar, Firma KLM, 1957, p 230).

The British were naturally perturbed by the attempts to replace their rule with an Islamic dispensation. The Sedition Committee Report (1918), popularly known as the Rowlatt Committee Report threw light on ‘the nature and extent of the criminal conspiracies connected with the revolutionary movement in India’. The 226-page report has a section on the ‘Muhammadan Current’. The relevant passages in the Report (pp.178-179) noted the following:

Indian Muslims residing abroad, especially in Britain played no mean role in fanning pan-Islamic sentiment. As early as1886, a pan-Islamic society called the Anjuman-i-Islam had been established in London with branches in India.  In 1903, an Indianbarrister, Abdulla al-Mamun Suhrawardy (1875-1935), revived thisalmost defunct society under the new name of ‘The Pan-IslamicSociety of London’. The Society, apart from establishing direct contactwith Turkey, rendered valuable service in focussing, especiallythrough its journal Pan-Islam, the Muslim feelings on questions affecting Turkey and Islam.

When in September 1911, Italy, with theconnivance of the British and the French, made a raidupon Ottoman Tripoli, the indignation of Muslim India was widespread.The LondonMuslim League even threatened to raise volunteers for the assistanceof Turkey.In order to render financial assistance for the relief ofthe Tripolitan sufferers, a Red Crescent Society was established. From Lahore to Madras, Muslims both Sunnis and Shias donated to the fund. To return the favour, Sunnis joined Shias in condemning the Russianoccupation of northern Persia and the bombardment of the shrine ofImam Ali Raza in Meshhed, Iran (The Khilafat Movement in India, 1919-1924, Muhammad Naeem Qureshi, dissertation submitted to University of London, 1973, p.19-23).

When in October 1912, the Balkan States launcheda combined attack on Turkey; the Indian Muslim indignation was spontaneous and bitter. The ulama patched up their differences. The poet-theologian Shibli Numaniraised the cry of ‘Islam in Danger’ and his young protege, Abul Kalam Azad proclaimedthat the time for jihad had come.Shaukat Ali (1875-1958), theU.P. journalist, issued an appeal in the Comrade to organise avolunteer corps.  His brother Mohamed Ali (1878-1951), the editor of the Comrade, advocated that the funds collectedfor the Aligarh University should be loaned to Turkey.  An all-India medical mission under Dr. Mukhtar Ahmad Ansari (1880-1956) reached Constantinopleat the end of December 1912. The mission was able to establish contactsnot only with Young Turk leaders but also with the Egyptian nationalists. A scheme for a rehabilitation colony in Anatolia for Muslim refugees from Macedonia, a university in Medina, anIslamic bank and a co-operative society was propounded. The project was activelysupported by the Comrade which also encouraged the Indian Muslimsto purchase Turkish security bonds.

An important development of pan-Islamismin India was the foundation in May 1913 of a society called theAnjuman-i-Khuddam-i-Kaaba (Society of the Servants of the Kaaba). Maulana Abdul Bari (1879-1926), the influential alim of Firangi Mahal seminary in Lucknow, was its President and M.H. Hosain Kidwai and the Ali brothers were its other promoters.They decided on atwo-fold planfirst, to organise the Muslims to oppose any non-Muslim invasion, and, secondly, to strengthen Turkeyas the one powerful Muslim power, capable of maintaining ‘anindependent and effective Muslim sovereignty over the sacred placesof Islam’.

There were also suspicious cash-rich Turkish visitorswho werereportedly sent to stir up trouble in India.The Turkish Government was reportedly negotiating with a German firm in Hamburg for the purchase of rifles to arm the Indian Muslims (Qureshi, ibid, pp. 22-29).

Such was the situation in India in July 1914 when World War I erupted in the form of a conflict between Serbia and Austria. It was a powder keg waiting to explode! 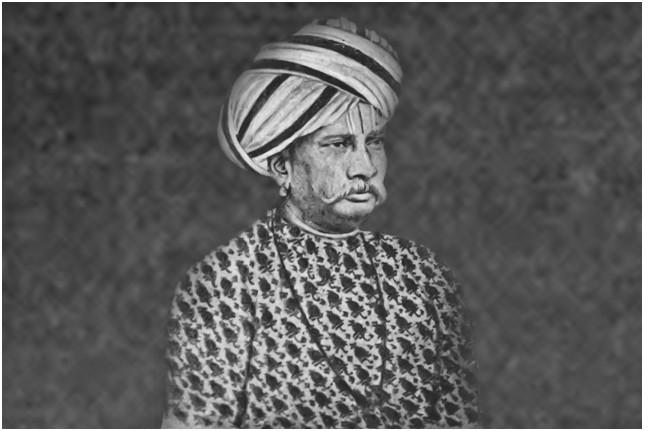 Gazulu Lakshminarasu Chetty: Portrait of A Hindutva Pioneer From Madras 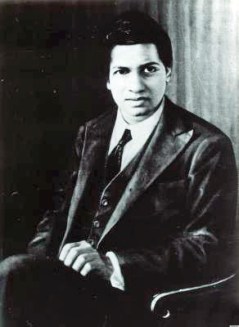 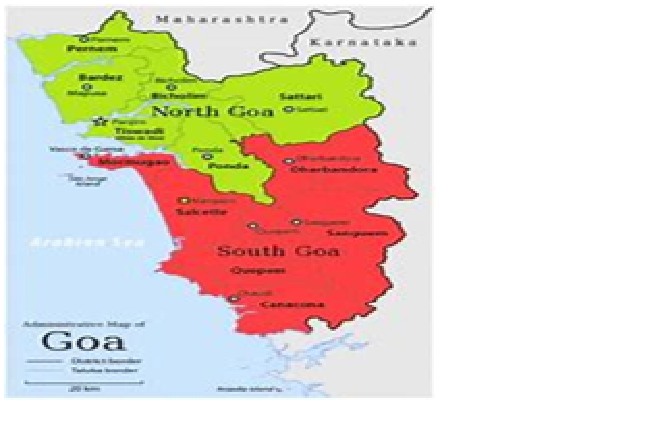